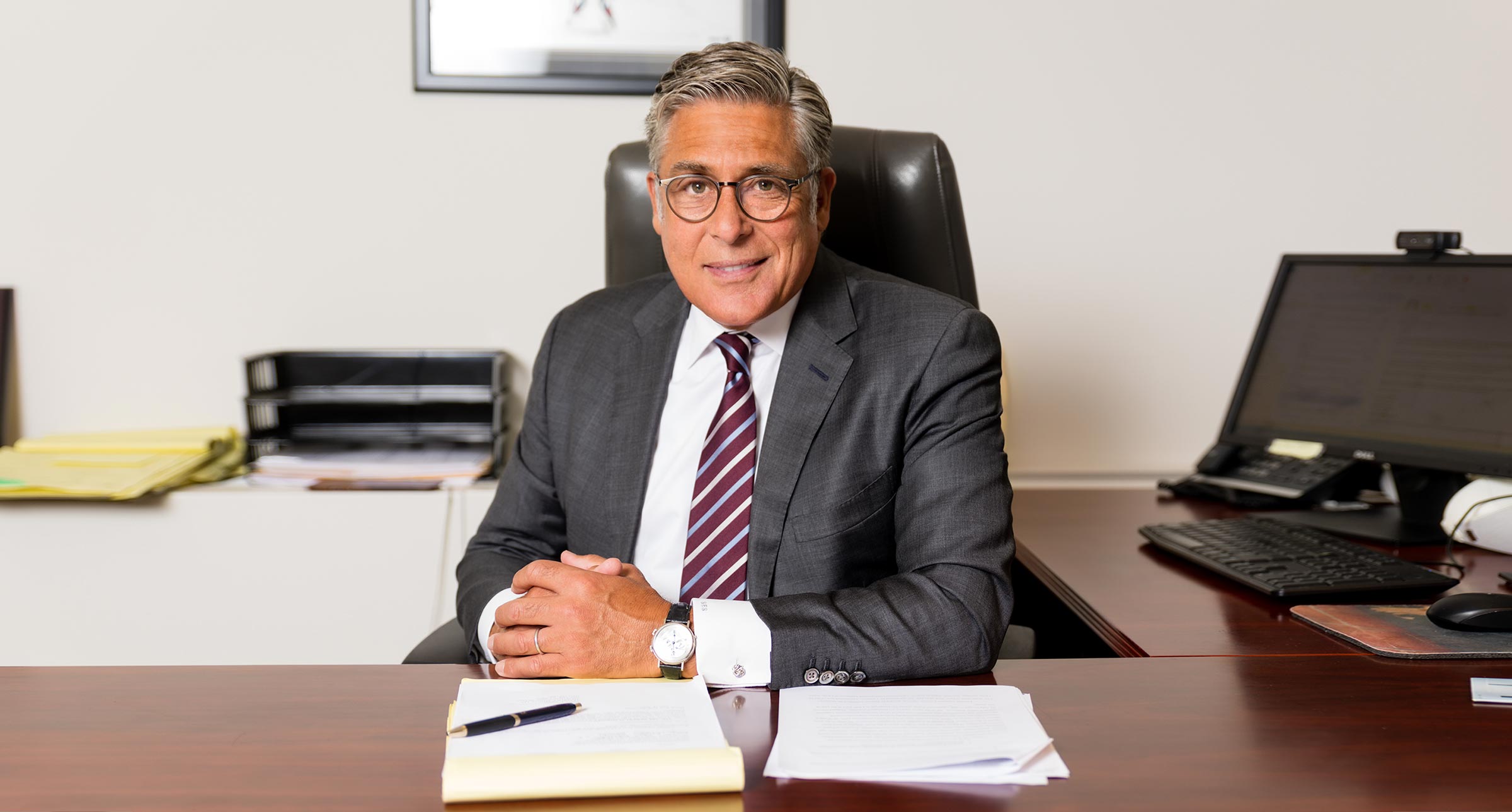 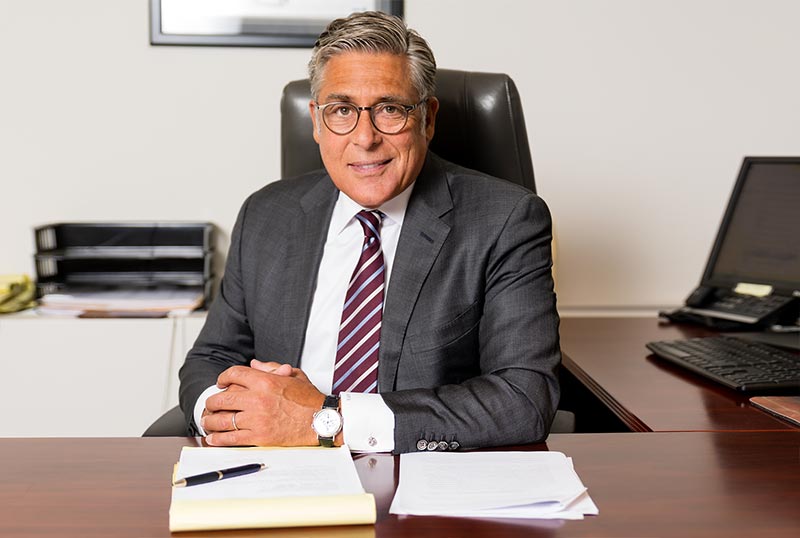 Mr. Sitinas is a seasoned litigator, with experience arguing and bringing to verdict complex personal injury cases in some of New York’s most challenging jurisdictions. For the past 25 years, his singular focus is on plaintiff’s personal injury litigation.

He is admitted to practice in all State Courts of New York, as well as the United States District Courts for the Southern, Eastern, and Northern Districts of New York. He is an active member of the New York State Trial Lawyers Association, the Hellenic Lawyers Association, and is an inductee of the Million Dollar Advocates Forum. He has also been selected to the New York Super Lawyers every year, beginning in 2012, a distinction held by only 5% of the attorneys practicing in the field of personal injury litigation.

Since founding his firm in 2010, Mr. Sitinas has obtained millions upon millions of dollars in verdicts and settlements on behalf of his injured clients. In fact, in 2015 Mr. Sitinas obtained a $15,000,000 settlement for a 26 year old construction worker, which was the single highest personal injury settlement that year of any lawyer in the State of New York. These astounding results are possible because of one very simple, guiding principal: Prepare every single case as if it is going to trial. At most law firms, a settlement is nothing more than a compromise. At Sitinas Law, a settlement is the defendant’s last possible chance to avoid a jury verdict.

His tenacity in the courtroom is well recognized and one reason why so many other personal injury lawyers ask him to be their trial counsel when they cannot settle their own cases. The following are just some of the many results obtained on behalf of our clients.

Stavros Sitinas is a compassionate, kind and wonderful individual. He is also an incredible attorney. I suffered in a slip and fall that resulted in three surgeries on my ankle and months of rehabilitation. Stavros was always on my side, keeping me calm and well-informed from our first meeting until after the case was settled. This was a very difficult case to argue, and the amount that was settled on will forever change my life. I say the following with the utmost sincerity: Even if the case had not settled, having Stavros in my life during this very difficult time was essential to my well-being and happiness. He truly cared about me as a person and my situation. I will always be grateful for his compassion and service.

I was involved in a bus accident. Stavros Sitinas was brought in as my trial counsel. He was confident and I am impressed with the professional way Stavros Sitinas handled my case. His aggressiveness in the courtroom was outstanding. The settlement he obtained in my case was more than I expected, and I am extremely pleased with the outcome. He renewed my faith and trust in the legal profession. We need more like him.

Stavros Sitinas handled my case not only professionally in an outstanding manner, but as a wholehearted human being too. I am extremely happy with his work as an attorney and as a man of integrity. When I mention the word ‘extremely’ I mean it, as he is an inspiration of perfect trust for me. I thank him from the bottom of my heart for everything he did for me. I strongly recommend Mr. Sitinas as the most qualified attorney and righteous person. According to the saying ‘the face reflects the inner side of every human being,’ Mr. Sitinas is the mirror of his multitalented personality.

I was involved in a bus accident back in 2002. My doctor told me to get a lawyer as I had serious injuries, including a closed head injury. After years of pain and suffering, including surgery, we were ready to proceed to trial. Stavros Sitinas was brought in as my trial counsel. After our first conversation, it became clear that he had compassion for me and for the impact these injuries had on my life. I truly feel he was Heaven sent. He was confident and knowledgeable, and I felt secure knowing he was on my side. He fought hard for me and gave me great advice. In the end, he was able to secure a sizeable settlement for me and all I can say is if I ever need an attorney in New York, the only name that would come to mind is Stavros Sitinas.

Stavros Sitinas is kind, compassionate, understanding, and a genius of a lawyer. I had a difficult case and he handled it with ease, making me feel confident and cared for. I have already referred two people to him, who now feel the same way I do.

On October 17, 2002, I took a fall that would forever change my life. I met Stavros later that year. During our first meeting I knew something was different about him; he seemed to deeply care about me and my wife. In my life I have never met a lawyer that connects with his clients the way that Stavros does. By helping us settle our suit with the defendants, Stavros ensured that I would never have to worry about being medically retired long before I was financially ready. The settlement we received gives me and my wife peace of mind, and for that we are eternally grateful. I cannot express in words our gratitude; Stavros is like family to us. I highly recommend Stavros not only professionally but personally — he is a class act.

I was rear-ended by a passenger vehicle and I needed shoulder surgery. Stavros Sitinas was recommended to me, and I could not be more impressed and happy with the services I received. He was not only professional and kind, he also guided me along in a way that gave me confidence, and I felt I really mattered to him. I received a generous settlement, as Stavros did not stop negotiating until the very top was reached. I can't thank you enough, Stavros. 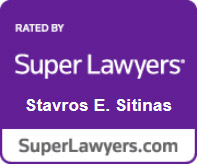 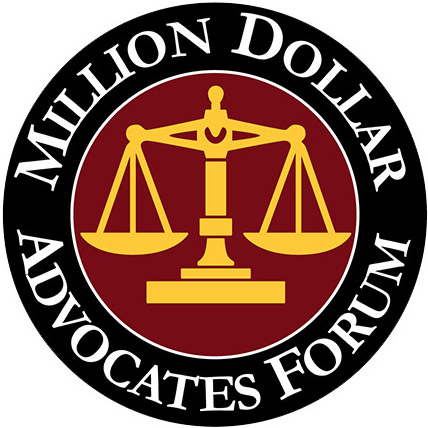